HOSTED BY THE BRIDGE INTERNATIONAL SCHOOL

The Spelling Bee is an American academic competition which has been going on in the USA for the past 50 decades. It brings together students from private and public school that compete in spelling words in English.

This competition was first organized in Cameroon by the US Embassy, Yaoundé in 2014 and has been ongoing till date. One of the major objectives of the exercise is enable spellers to enrich their vocabulary reserves since they spend time studying about 1500 words 3 months prior to the completion

Spellers equally boost self-confidence, kill crowd phobia and sharpen their public speaking skills as they have to spell orally in front of a huge cosmopolitan audience.

At the end of the exercise certificates of participation are awarded to participants and the top four spellers are given special prices including books, latest smartphones and tablets and the regional champion carries the trophy home.

This year’s Spelling Bee event was hosted by the Bridge International School Douala with ne of its students featuring among the winners.

This 4th edition of the event has been described by many as the best since the beginning  of the exercise in 2014 in Cameroon. Enjoy the Photos… 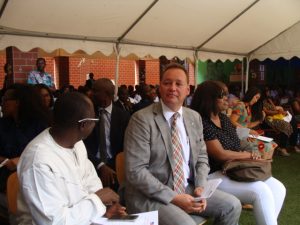 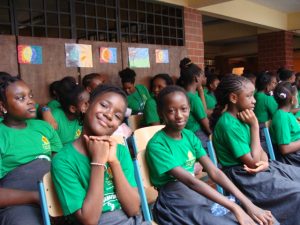 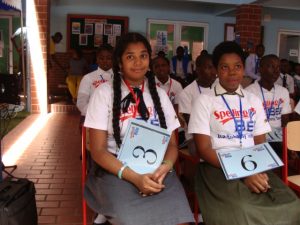 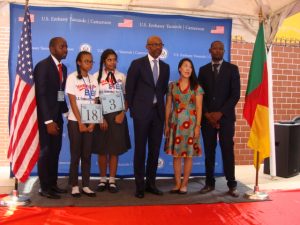